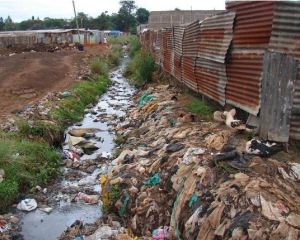 With better economic opportunities in urban India, there has been an exponential growth in the urban population, especially in the unorganized slums. According to Census 2011, the urban population is around 31% in India. However the health infrastructure in urban slums remains poor.With “farmers” being the ‘holy grail in Indian Politics’, public health programmes have always been traditionally focussed on rural areas. In fact there is no definite health system in urban India. A multitude of agencies are involved with delivery of  health care in towns and cities often leading to a scenario where confusion reigns and inequitable access to health care rules. The fast growth in urban population in general and the urban poor in particular, has lead to unplanned growth. Hence, it is vital that the urban health be given the due importance. Realising this, the government has already conceived for NUHM (National Urban Health Mission).

NUHM will be able to address the issue of deficiency in health infrastructure and manpower in urban poor areas. NUHM promises to provide a quality primary health care system in urban areas especially to the population living in urban slums and unauthorised colonies. NUHM unlike previous healthcare programmes promised to take a wholesome view of health and rely heavily on technology. It promises to focus on issues safe water and sanitation in addition to focus on bridging the gross inequity in healthcare accessibility and affordability . NUHM will have city-specific plans and use geo-spatial satellite pictures to find out slums and slum-like inhabitations and not on human intelligence which is liable to political interference.

Major health problems in urban area are significantly different from that of rural areas. Non-communicable diseases , mental health and occupational injury will be of prime focus in NUHM . Nutritional deficiency, maternal and child health problems as in rural areas is a major problem in urbane locations too. Environmental health related to water quality and sanitation and also air pollution leading to the ever increasing incidence of asthma, COPD and other respiratory illness are other problems unique to the urban scenario.

Cost, timings, distance, attitude of health providers, and other factors put the secondary care and private sector facilities out of reach of most of the poor urban residents. Unlike in rural areas where facilities are non-existent all together urban areas usually have adequate healthcare facilities in the private sector. However studies have clearly pointed out that when the urban poor access private facilities, the significant cost incurred leads to severe debt. NUHM is properly implemented will thus help the urban poor to have lesser out of pocket health spending. “Other factors contributing to the inadequate reach of services are illegality, social exclusion of slums, hidden slum pockets, weak social fabric, lack of coordination among various stakeholders, and neglected political consciousness”. ( Yadav K, Nikhil SV, Pandav CS , IJCM 2011;36:3-7) With use of technology NUHM will also help in identifying and addressing the issues of immigration and emigration and ensure that primary health care is not denied to anyone.

Another factor aggravating the poor health scenario of the urban slum population is lack of intra-sectoral and inter-sectoral coordination. Urban locals typically have a multitude of bodies working on issues like water and sanitation, nutrition, and maternal and child health etc. These bodies involve various stakeholders, including the government, NGOs, corporate and private sector organizations, that operate on their ‘own free will’ without any coordination and convergence leading to a scenario where some people get spoilt over health facilities whereas others are left wanting for any.

With the Prime Minister of India expressing his desire to make  NUHM a component of the unified National Health Mission and the allocation of more than INR 40,000 crores on this account for the next three years it only seems natural that India will soon see the light of Universal Health Coverage – “an India where no one will die for lack of health facilities.”

7 thoughts on “NUHM : A Step Closer to Universal Health Coverage”